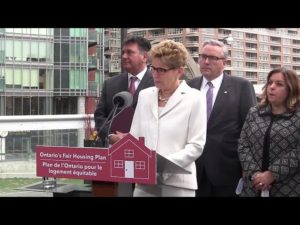 Why did I get a Careless Driving Ticket?

Why was I charged with Careless Driving?

Many people we encounter, don’t always understand why they were charged with Careless Driving, for a minor fender bender.

Careless Driving, after all is a very serious traffic ticket.  But it is best not to despair if you have received a Traffic Ticket charge for Careless Driving.

The following information may answer some of the questions you may have about Careless Driving.

To begin with, Careless Driving is laid against driver’s for a variety of reasons. From simple fender benders, to serious fatal collisions.

So, now you may be wondering, how can that be?  How can a charge of Careless Driving be laid against a driver for everything from a serious, or a minor collision, to no accident at all?

The short answer is, the Police can charge drivers for accidents they perceive to have been caused by a lack of due care and attention. Or where they perceive you were driving without reasonable consideration for others using the highway, or for both reasons.

Think of Careless Driving as a blanket charge, that can be used in a variety of different scenarios. An accident does not need to occur, for you to be charged with this offence.

However, it is a charge that is regularly laid against the majority of drivers, whenever they are involved in collisions in Ontario.

I do not think I was Driving Carelessly!

Sometimes accidents are just accidents, and no one is to blame. In other situations, accidents may well have been caused by a driver. But that doesn’t automatically make you guilty of Careless Driving.

There are so many factors and variables to consider in each situation or accident, and those factors will need to be assessed & considered to the most relevant & leading Case Law in Ontario and Canada.

So while you may have been involved in an accident, and you may think you could be found to be at fault. You may not actually be at fault, for violating the Highway Traffic Act, relevant to a charge of Careless Driving.

It really comes down to a case by case analysis, but you would be wise to consult with a an experience & Licensed Paralegal.

Lighthouse Legal Services would be pleased to offer you a *FREE consultation, so that you can learn more about your options.

Should I Speak to the Police?

That is entirely your hoice. You have a Charter Right to Remain Silent, but if you choose to speak to the police, you should know that anything you say can be used against you in Court.

So if you are charged for instance with Careless Driving, your statement can be used against you at Trial.

In my experience, the majority of Defendants who give a statement, without first obtaining advice from a trained and licensed Paralegal, can end up receiving a ticket for Careless Driving.

The Officer told me to fight my Ticket?

It can be a confusing process if a Police Officer hands you a ticket, and also advises you to go to Court fight it.  I can’t give you an explanation as to why this occurs, but in my opinion, I believe that the Police Officers understand the seriousness and potential consequences of laying a Careless Driving charge.

And simply paying the amount on the ticket, and not successfully defending against the charge could result in you being dropped by your insurance provider, and also possibly placed into high-risk category for future vehicle insurance.

During most traffic stops, the Police Officers do take the time to explain to you the options laid out on the back of the Traffic ticket. But be mindful, that no Defendant should be taking legal advice from the Police, since they are in the business of law enforcement and will be trying to convict you if they charged you.

It is important that you Seek proper legal advice if you have been charged with Careless Driving to explore what your legal options are available.

Why should I Hire You if I’ve been charged with Careless Driving?

Your Traffic Ticket charge(s) could be quashed, stayed, acquitted, or dismissed by the Court, depending on a variety of factors.

You are going to have a much better chance of successfully defending, or winning at Trial, against the very serious charge of Careless Driving,  if you have retained an experienced and qualified legal representative.

Knowing how to get a positive result can be the key to preparing, presenting & achieving a successful defence against a charge of Careless Driving, or appealing a conviction.

At Lighthouse Legal Services, Brian Morris is considered the Best Advocate for Careless Driving Trials, and Appeals. His defence arguments and successful Trial decisions in Traffic Court have previously led to the Court creating case law for Careless Driving cases throughout Ontario.

Those case law decisions are binding on the lower Courts to follow in the appropriate circumstances.

If you have been charged with Careless Driving,

Fail to Report an accident

Reporting an accident is covered in the law, which is found in  section 199(1) of the Highway Traffic Act.

But not every accident has to be reported, as there are minimum requirements that must be met before you are compelled to report an accident.

Simply put, if you are directly or indirectly involved in an accident, which causes personal injury, or property damage exceeding $2,000 as defined by regulation, then you must report the accident.

So you have called the police, so now what?

Under the Highway Traffic Act, you have to furnish the particulars of the accident to the Police officer.

But it is recommended that you speak with a Licensed Paralegal first, as you have a Charter Right to remain silent.

Reporting accidents to the police is the law in certain circumstances, but it may be prudent to understand what consequences you may face before doing so.

Remember, you can be charged with an offence under Provincial law at any given point for up to 6 months after an incident. But, since there is no Statute of Limitations for criminal offences to be charged against you, it means, you can still be charged with a serious offence at any time in the future.

So the basic premise is, while you may have to report an accident, and give details as required by law.  By in doing so, it may incriminate you. So, you have a right to remain silent to avoid incriminating evidence being held against you.

You may now be thinking, is there a way to furnish the information required by law to report and accident, while evoking my right to remain silent?

Yes, there is a way to comply with the law, while evoking your Charter rights.

Can you prevent me from being charged?

While we can’t guarantee that you won’t be charged.

We can do our best to help avoid a charge being laid against you.

If you have been involved in a collision or accident, we can accompany you to a collision reporting centre, or police station to assist you with reporting an accident.

We have had great success in assisting our Clients with reporting accidents, and have been able to avoid traffic ticket charges from being laid against drivers.

Many drivers who have reported their own accidents, have been charged with offences such as  Careless Driving.  The ultimate decision whether to lay a charge rests with of the investigating or reporting office.

Remember, we are here to help you, and we have the knowledge and expertise to guide you throughout the legal process.

Don’t be afraid to call, as we are duty bound to keep your information confidential, even if you do not hire/retain our services.